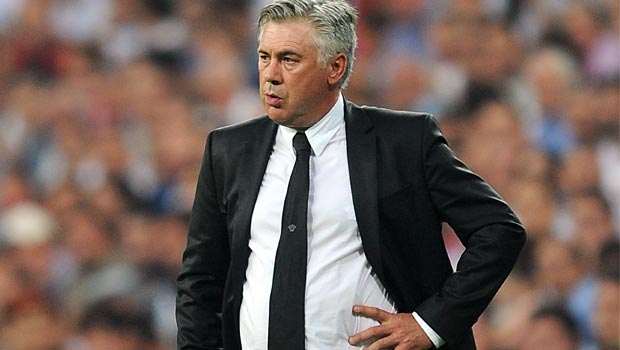 Real Madrid boss Carlo Ancelotti believes his team are ready for next week’s El Clasico after maintaining their advantage at the top of La Liga with victory over Malaga.

The tussle at the summit of the Spanish top flight is one of the tightest in Europe, with Real leading the way but Atletico Madrid and Barcelona are both hot on their heels.

Saturday’s 1-0 win at Malaga saw Real maintain their three point advantage over Atletico, while they are now seven clear of rivals Barcelona ahead of their game with Osasuna on Sunday.

While Real face Schalke in the Champions League before Barca visit the Bernabeu next week, all the talk is about the upcoming El Clasico, which could go a long way to deciding the destination of the title.

Defeat for Gerardo Martino’s Barcelona side could all but end their hopes of retaining the title, leaving Real in a straight fight with Atletico for the championship.

A victory for Barca though could see them move to within a point of leaders Real with nine matches left to play.

Despite the titanic nature of next week’s El Clasico, Ancelotti is remaining calm and is quietly confident of dealing Real’s great rivals a fatal blow in the title race.

“This team is playing consistently. Like I’ve said, there are matches in which we have to play to different strengths. Our players’ attitude in defence was great and they worked hard. I think we are ready to play the Clasico,” he said after Saturday’s win at Malaga.

Before El Clasico, Real must finish off Schalke in the second-leg of their Champions League last-16 tie.

Los Blancos won the first leg in Germany 6-1 and as a result are expected to rest the likes of Cristiano Ronaldo and Gareth Bale with the game against Barcelona in mind.

Meanwhile, Karim Benzema looks set to miss the clash with a thigh injury after coming off midway through the first half at Malaga.