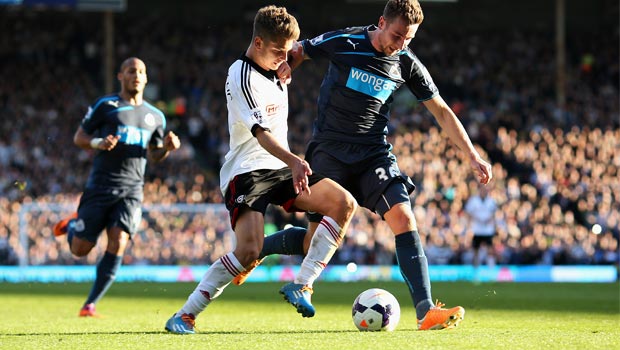 Fulham boss Felix Magath believes Saturday’s 1-0 win over Newcastle could be a defining moment in their fight against relegation from the Premier League.

Fulham have been struggling at the wrong end of the table since the start of the season and have been through three managers in the hope of beating the drop.

Magath is the latest man in the Craven Cottage hot seat but had fared no better than his predecessors before this weekend’s game.

The German had picked up a point from his previous three games, a run which included a devastating 3-1 defeat at Cardiff.

However, Magath finally tasted victory on Saturday thanks to Ashkan Dejagah’s 68th minute winner against Newcastle.

The result failed to lift the west London outfit off the bottom of the Premier League, but they are now just four points from safety with eight games to play.

Magath, who made five changes from the loss at Cardiff, said he was delighted with the effort his players showed and is now looking for them to power up the Premier League standings.

“I’m very glad and proud of my team,” said Magath.

“It was hard work and now I think we realise that we are able to stay in the league.

“It was a first win since New Year’s Day and we are now on the way and I’m very hopeful. Next week it will be a little bit difficult at Manchester City.

“I’m only thinking and working to stay in the league and I’m sure we can.”

Fulham face a couple of tough matches next against City and Everton before a fairly kind run in which sees them play Norwich, Hull and Crystal Palace at home.