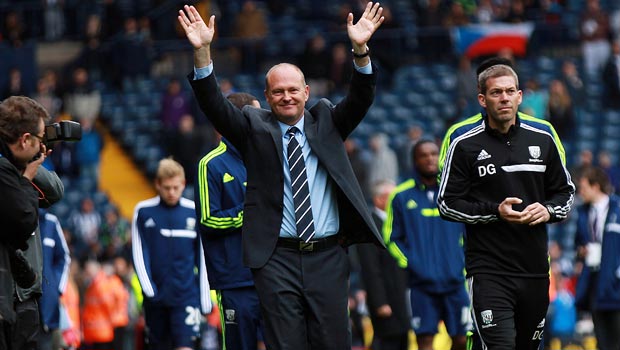 West Bromwich Albion have parted company with boss Pepe Mel after only four months in charge – citing events “on and off the field” for their decision.

The Baggies won just three of the 17 matches which the 51-year-old Spaniard oversaw and finished a lowly 17th in the Premier League, three points above the relegation zone.

Mel admitted last week that his future was in doubt, saying: “I’ll meet with the chairman and see if the vision he has for the club is the same as mine.”

The club announced Mel’s departure on Monday afternoon, 24 hours after his final game in charge in which they were beaten 2-1 at home by Stoke City to round off what sporting director Richard Garlick described as a “very disappointing campaign”.

He added: “Both Pepe and the club set out with the best intentions of making the appointment work. However, having reflected on events both on and off the field during our talks today, it became apparent that it was in the best interests of both parties for there to be an amicable parting.

“We are grateful for the manner in which the existing coaching staff and players have rallied behind Pepe to get the club over the line in what has proved an extremely competitive division.”

West Brom said Mel had signed an 18-month deal when he was appointed in January but the ex-Real Betis coach later claimed his contract was for only six months.

Mel arrived at a club that was already in turmoil, although 14th in the table, with star striker Nicolas Anelka facing suspension for his ‘quenelle’ goal celebration.

The Frenchman was sacked on March 14 after he announced via Twitter he was quitting The Hawthorns.

Mel also had to address the aftermath of a dressing room altercation between team-mates Saido Berahino and James Morrison after the 3-3 draw against Cardiff City later that month.