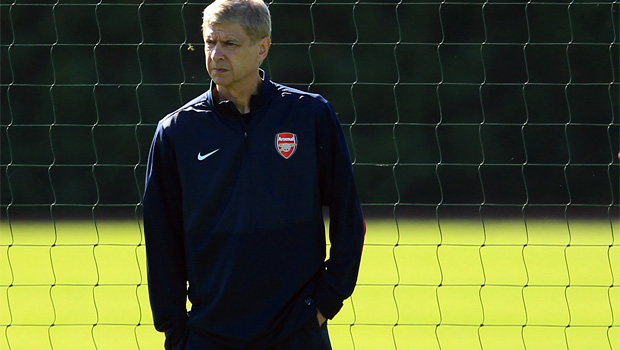 Arsene Wenger has again insisted he is working hard to sign top players before transfer window closes but refused to confirm he was interested in Real Madrid duo Karim Benzema and Angel Di Maria.

Wenger has been criticised by Gunners fans over the summer for so far refusing to splash the cash and strengthen the club’s squad as they aim to again finish in the top four this season.

However, the Frenchman says he is continuing to try and add the right players to his squad before the transfer window closes on September 2.

Wenger has been heavily linked with bids for Benzema and Di Maria, who could both be surplus to requirements at the Bernabeu, but he refused to confirm they were targets.

The Arsenal boss told his weekly press conference: “I don’t want to speak about names, you (the media) do that very well.

“Every player’s first question is ‘do you play in the Champions League or not?’ That is the first requirement.

“I’m confident (I’ll make the signings I need). We have some funds available,” he added.

One man who could be signed is former midfielder Mathieu Flamini, who has been released by AC Milan and has been training with the Gunners.

He may not be the sort of acquisition the fans want at the moment but Wenger believes, as long as he improves his fitness, that Flamini could be a useful addition.