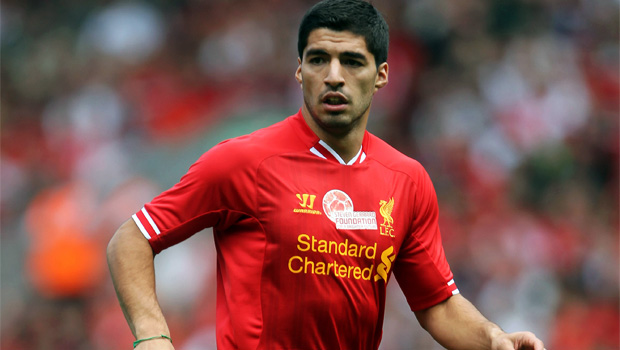 Brendan Rodgers says Liverpool would have to reject any imminent bid from Real Madrid for striker Luis Suarez because it is too late to replace him with transfer window closing on September 2.

With just over a week to go before the window shuts, Liverpool are hoping to add to their squad rather than lose their star forward, who was wanted by Arsenal earlier this summer, amid claims Real could finally make an offer for the Uruguayan.

Reports suggest the La Liga side are set to try and test the Reds’ resolve to keep the 26-year-old with a huge offer in the next few days now that they appear to have all but landed their top summer target, Gareth Bale of Spurs.

However, Rodgers insists any offer from Real would be turned down now because it is too late in the day for them to get someone else in.

“It’s very difficult at this time [for a Suarez bid to succeed],” Rodgers said ahead of Saturday’s trip to Aston Villa.

“We are trying to get one or two more quality players in through the door. If we lose Luis at this stage it would be difficult to replace him.

“There might have been a point a few months ago where there was time to do it but with 11 days to go it would be difficult to replace him.”

Arsenal failed with a £40m-plus-£1 bid for the striker last month but Real are believed to have held a long-standing interest in Suarez and the former Ajax man is believed to be keen on a move to the Bernabeu should they make an official move.

Rodgers has failed to land a so-called ‘marquee’ summer signing over the close-season as attempts to draft in Henrikh Mykhtaryan, Diego Costa and, just this week, Willian have all come to nothing.

Mykhtaryan went to Borussia Dortmund instead of joining the Reds, Costa stayed at Atletico Madrid and Willian is set for either Spurs or Chelsea rather than Anfield.