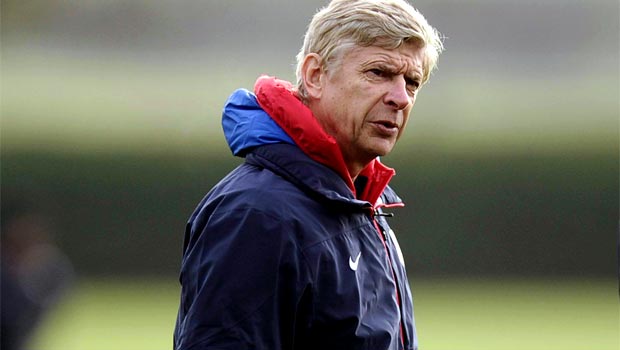 Arsenal boss Arsene Wenger has dubbed Saturday’s lunchtime clash with Manchester City as a chance to make a difference in title race, as his side look to open up an eight-point gap at top of the league.

The Gunners are in the middle of a crunch run of fixtures in the build-up to Christmas having played a crucial Champions League match with Napoli on Wednesday, with a game against fellow title rivals Chelsea to come next week.

The trip to the Etihad Stadium is perhaps the toughest of their three games given Manchester City have been devastating at home, scoring 29 goals in their first seven league matches on their own turf.

Manuel Pellegrini’s men have already seen off Manchester United 4-1 and Tottenham 6-0 this season, and will be full of confidence having come from behind to beat Bayern Munich 3-2 in the Champions League in midweek.

Despite their excellent home form, City start the game six points behind league leaders Arsenal in fourth and Wenger has previously admitted he would take a point in order to maintain that gap.

However, the Gunners boss also sees the game as a great opportunity for his team to put further daylight between themselves and the chasing pack given they kick-off before their title rivals.

“I don’t deny that every game has vital importance because of the inference on confidence, the belief of the team, what you just want from your team is to show during this period is a huge level of commitment and belief.

“That can make a massive difference but the period is important.”

Wenger went on to say that he was hopeful of having Bacary Sagna back for the game at the Etihad Stadium having been without the Frenchman for the last two matches.

He also revealed Lukas Podolski is now fully fit, having been sidelined since August with a hamstring injury, but Saturday’s game is likely to come too soon for the German forward.