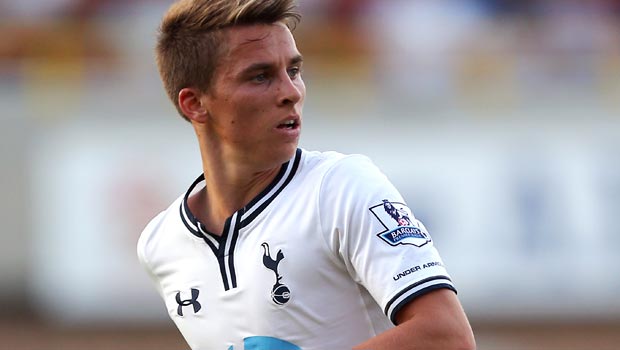 Tom Carroll has revealed that he opted to join Swansea on loan for the season after getting a glowing report of the club by defender Ben Davies.

Carroll secured a move to the Liberty Stadium on Friday just hours after arriving back in the UK from Spurs’ Europa League trip to Cyprus.

The 22-year-old admitted that on the advice of Davies, who spoke very highly of the set up at the Welsh club, he felt it would be the right move to further his development.

Carroll said: “Ben only had good things about Swansea.

“He obviously knows the club inside and out, and he told me that I would love it here. He spoke very highly about the club and people.”

Tottenham have loaned the midfielder out to Leyton Orient, Derby and Queens Park Rangers since he was promoted to the senior squad in 2010.

However, boss Mauricio Pochettino was keen for Carroll to gain experience at a higher level and enquired about Swansea’s interest in providing that opportunity.

The former England under-21 international revealed that he was looking forward to adding to his Premier League experience and adapting to the Swansea style of play.

He added: “In my opinion, Swansea are amongst the best teams in the league when it comes to style of play. It is very similar to Tottenham
– playing football from the back with a good tempo.

“I’ve had experience playing in the Premier League with Tottenham and it’s something I’d love to experience more here at Swansea.”