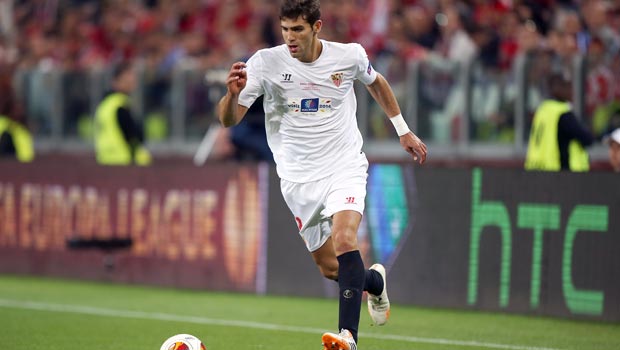 Sevilla manager Unai Emery has revealed that Tottenham target Federico Fazio will not feature in the season opener against Valencia as he is set to leave the club.

Mauricio Pochettino has been keen to add strength and competition to his defence with the signings of Eric Dier and Ben Davies already completed.

The Argentinean was hoping to complete a deal for Villarreal centre-back Mateo Mussachio after lining up a £17million offer.

However, third-party issues complicated their approach for the 23-year-old and Spurs were forced to turn their attentions to Fazio.

Emery has now confirmed that the 27-year-old will be departing the Ramon Sanchez Pizjuan after seven years of service after his £8million release clause was met.

Fazio has made just under 200 appearances for the club and played a key role in helping the Spanish side to claim the Europa League last term.

The Sevilla boss admitted that he felt Tottenham, who are priced at 51.00 to win the Premier League, were getting the Argentina international at a very good price but was delighted to have seen him develop into an in-demand player.

Emery said: “I have followed Fazio’s evolution for a year and a half. When I arrived he was criticised.

“In a year and a half he has grown tremendously and his release clause has stayed low, but that’s football. Fazio is worth much more than that. We all feel sad that he is leaving.

“If he goes it will be for the release clause in his contract but we would prefer it that he does not go. We wish him the best, we will want to replace him.”