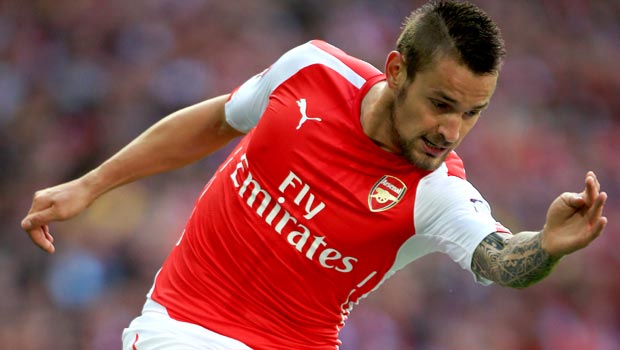 Arsenal defender Mathieu Debuchy believes that the north London club will be ‘incredible’ when they welcome back their three German World Cup winners.

Debuchy joined the Gunners over the summer for a fee of £12million from Newcastle as a replacement for the departed Bacary Sagna.

The Frenchman insists he is delighted to be part of such a strong and talented squad as they look to push for the Premier League title.

The Gunners have made a positive start to the season after claiming the Community Shield with a 3-0 victory over defending Premier League champions Manchester City, who are priced at 13.00 to win the Champions League, before going on to win their league opener against Crystal Palace.

Arsene Wenger’s side have played those two fixtures without the trio of Lukas Podolski, Mesut Ozil and Per Mertesacker, who were granted an extended break following their successful exertions at the World Cup in Brazil.

Debuchy feels that their introduction to the squad will help them to try and achieve their ambition of claiming the title.

Debuchy said: “It is fantastic for me to be part of this team. When I see the squad now and I think that Ozil, Mertesacker and Podolski are still missing, it is incredible. It is an amazing squad,” Debuchy told the September edition of the official Arsenal magazine.

“Playing with them is pure happiness, even at training it is top level.

“You have to give your best all the time because the level required is immense.”