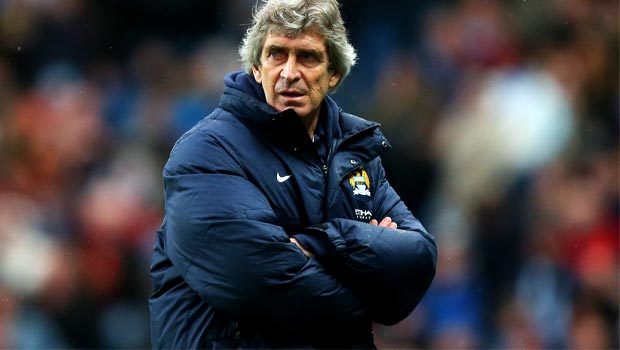 Pellegrini takes his side to White Hart Lane on Wednesday night to play a side they hammered 6-0 earlier in the season, although Spurs now have Tim Sherwood at the helm and results have picked up.

Many have suggested the title race is a three-horse affair between City, Arsenal and Chelsea, but Pellegrini does not agree and thinks Wednesday night’s opponents are still in with a chance.

United’s chances have been boosted by the capture of Juan Mata from Chelsea and Pellegrini also believes it will give David Moyes’ men a lift.

“I don’t think we are just three teams involved for the title,”
Pellegrini said.

“I think an important player can change a team in every game.

“I am not just talking about Mata and Man United, but Man United have bought a very good player.”

Pellegrini’s men remain 1.95 favourites to win the title, just ahead of Chelsea and then Arsenal, while Tottenham are 71.00 to pip them all.