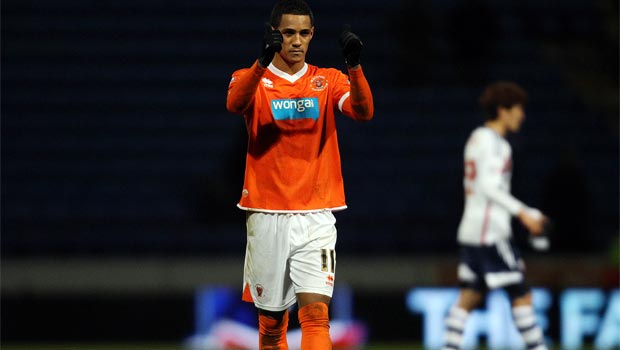 Swansea are in talks with Blackpool, managed by Tom’s father and ex-England midfielder Paul Ince, over a deal although it is not yet known if a fee for the 21-year-old has been agreed between the clubs.

Ince, who was offered a new deal by Blackpool in December, has also been linked with a move to French Ligue 1 side Monaco in this transfer window.

Swansea’s South Wales rivals Cardiff City were interested in signing him last summer but the ex-Liverpool youth team player turned down the chance to play in the Premier League after becoming a father.

Swansea are pursuing Ince as they await news on injured winger Hernandez, who suffered a hamstring problem in their 3-2 loss to Manchester City on New Year’s Day.

Ince, who has played 12 times for England Under-21s, would not be eligible to play for Swansea in the FA Cup because he turned out for Blackpool in their 2-1 third-round defeat at Bolton last weekend.

Swansea are now seventh favourites at 45.00 to lift the FA Cup after their stunning third-round victory over Manchester United at Old Trafford and favourable draw, where they could face either Birmingham City, Bristol Rovers or Crawley Town in round four.

Ince, who would be eligible to play in the Europa League for the Swans, has scored 33 goals in 111 matches for the Tangerines, including seven goals in 23 games this season.

However, Blackpool, 12th in the Championship, are on a poor run of form and have failed to win in their last eight matches in all competitions.