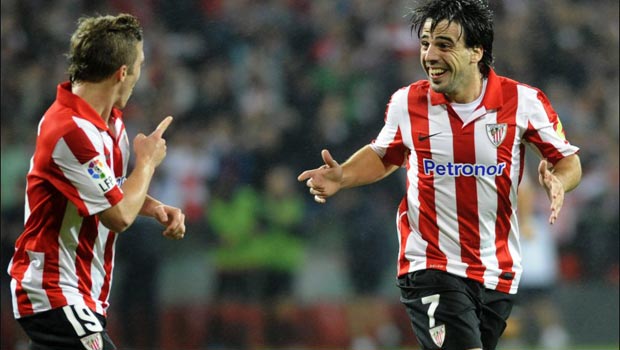 Athletic Bilbao are looking for a morale-boosting win against La Liga strugglers Real Betis in the first leg of the Copa del Rey last-16 tie at the Estadio Benito Villamarin on Wednesday.

The Basque club, 1.35 favourites to advance to the next round, suffered a 2-0 defeat in the local derby with Real Sociedad on Sunday and can bounce back against Juan Garrido’s side who at least stopped the rot with a 0-0 draw away at Real Valladolid.

But Betis, 3.32 to go through over both legs, have stopped scoring and have found the net just once in their last three league games, while their winless home run now stretches back to October.

Former boss Pepe Mel paid the price for the poor results in December with Garrido placed in charge before their last-32 clash with third division Lleida. And the tiny Catalonian club almost pulled off a shock, despite having their goalkeeper sent off five minutes into the first leg.

Betis won the away leg 2-1, but in the return at home could only draw 2-2. Had Lleida managed a third, they would have gone through at the expense of Betis on away goals.

Athletic Bilbao Club haven’t won the Copa del Rey since 1984, but have a proud record in Spain’s oldest competition with 23 wins and 13 appearances in the final – a feat only bettered by Barcelona.

Despite making the final in 1985, 2009 and 2012, Bilbao haven’t won a trophy since doing the league and cup double in 1983-84 and their passionate fans feel that this season could be an opportunity to end that run.

In the previous round, Bilbao lost the first leg 1-0 away at Celta Vigo, but were emphatic 4-0 winners at home. That impressive performance highlighted their inconsistency as they then subsequently drew at mid-table Sevilla and struggled to beat second-from-bottom Rayo Vallecano before the derby defeat on Sunday.

That result was a real blow to their Champions League aspirations with fourth place up for grabs behind Barcelona, Real Madrid and Atletico.

Ernesto Valverde’s side tightened their grip on fourth spot when they handed Barcelona their first (and so far only) league defeat in early December, but now have Sociedad, Villarreal and Sevilla all within four points of them.

Valverde is in his second spell in charge of the club, his first came to an end in 2005 after Betis defeated Athletic on penalties in the semi-finals of the Copa del Rey, so he will be out for revenge and Bilbao may be good to cover the -0.5 handicap at the odds of 2.20.