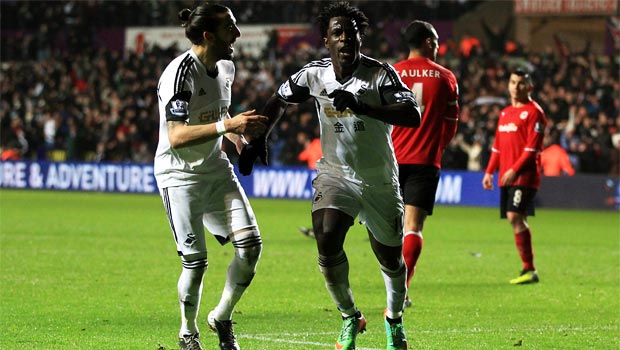 Swansea boss Garry Monk says that Saturday’s 3-0 win over Cardiff in the South Wales derby is one of the proudest moments of his career.

With both sides desperate for victory, Swansea were the deserving winners thanks to goals from Wayne Routledge, Nathan Dyer and Wilfried Bony. The win saw them move into tenth in the Premier League and ease the pressure on Monk, who took over the reins earlier in the week.

The club captain was put in charge for “the foreseeable future” after Swansea sacked Michael Laudrup on Tuesday after a poor run of results. The Swans were being dragged into a relegation fight, but Monk believes they have the quality to separate themselves from the rest of the strugglers.

Monk has been at the club since 2004 and his job now is to help them climb the table, as well as helping them progress in the Europa League.

Speaking after the match, he said: “This is my proudest part. The players were magnificent. We can keep the ball as well as anyone in this league.

“Confidence is the biggest thing. Half the battle is the mentality, if you can get the mentality right the football takes care of itself.

“We need to take the belief from this game and into the games coming.

Swansea travel to the Britannia Stadium on Wednesday night to take on Stoke, who come into the contest on the back of a 2-2 draw against Southampton.

Monk’s side will be full of confidence after their win and they can be backed at 1.42 to take the win or draw.