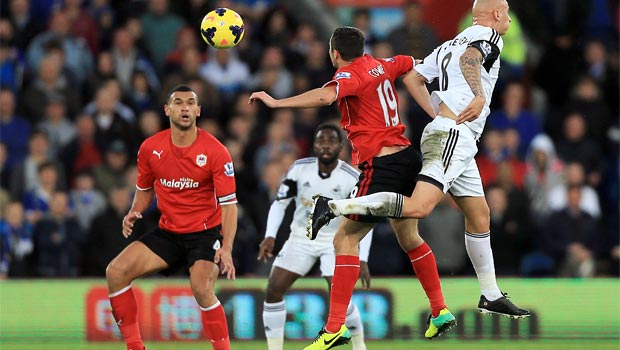 Swansea will host Cardiff in the South Wales derby on Saturday still reeling from the shock sacking of manager Michael Laudrup earlier this week.

Malky Mackay got the better of Laudrup as Cardiff beat Swansea 1-0 in the first ever Welsh Premier League derby back in November, but there will be two different coaches in the dug-outs this weekend as Ole Gunnar Solskjaer has replaced the Scot and Garry Monk is in temporary charge of the Swans.

Both clubs are in desperate need of the three points, with Swansea currently 12th in the table on 24 points but only three better off than their rivals, who occupy 19th place in the standings.

A new boss usually invokes a reaction from the players and, despite their poor home form this term which has seen just three league wins at the Liberty Stadium, Swansea are the 1.82 favourites to win the contest with Cardiff, who have just one win on their travels, priced at 4.50.

The Swans did win their last home game but the subsequent 2-0 loss at West Ham was the end of the road for Laudrup, while Cardiff were 2-1 winners over Norwich last time out.

Monk has no new injury problems to deal with but will be without long-term absentees Michael Vorm, Jose Canas and Michu, while Jonjo Shelvey will undergo a late fitness test in an attempt to make his return.

Cardiff will be without Mark Hudson and Andrew Taylor but Wilfried Zaha is expected to start after his impressive display off the bench against the Canaries.

This is the 107th meeting between the two Welsh rivals and could be one of the most important, with Premier League survival very much on the agenda, and it may well be that not losing the game is more important than winning with so much at stake.