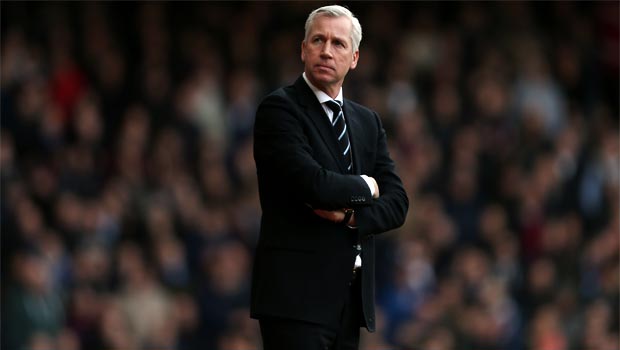 Newcastle boss Alan Pardew is determined to rise above the negativity at the club to deliver the best results possible over the remainder of the season.

The Magpies were beaten 3-0 by arch-rivals Sunderland last Saturday and have endured another troublesome week off the pitch.

Joe Kinnear’s turbulent reign as director of football came to an end earlier in the week before reserve team manager Willie Donachie resigned on Thursday following an allegation that he hit one of his players.

It has been a week to forget at St James’ Park and, coming so soon after the defection of star man Yohan Cabaye to Paris Saint-Germain, there has been talk that the season is as good as over for the north-east outfit.

Pardew disagrees and has made it clear that he will do everything possible to lift his players to fulfil their potential over the remaining games.

“I have to drive towards the best finish we can,” he said. “The highest I have finished in the Premier League as a manager is fifth, the highest as a player is third. If I don’t strive to improve on that, what is the point?”

Things will not get any easier for Newcastle, however, as they face a daunting trip to Stamford Bridge to take on a Chelsea side who will be riding the crest of a wave after their victory over Manchester City at the Etihad.

Pardew will be without skipper Fabricio Coloccini and fellow first-team stars Cheick Tiote, Yoan Gouffran and Papiss Cisse through injury or suspension, and it may well be a case of damage limitation in west London, with Chelsea priced at 1.21 to win the game and Newcastle on offer at 12.52 to cause a shock.