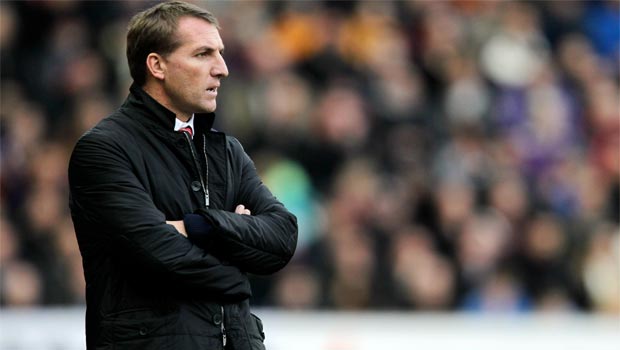 Liverpool boss Brendan Rodgers believes Anfield is now becoming a fortress once again as his players have learnt how to deal with the pressure.

The Reds are set to welcome table-topping Arsenal to Merseyside on Saturday as they look to consolidate their place in the top four.

The north-west outfit have taken 47 points from 24 games so far this term and 31 of those have come on home soil, with 10 wins, one draw and a solitary defeat.

That is in stark contrast to when the Northern Irishman took over at the club as they managed to win just six out of 19 home league games in the 2011/12 campaign.

It has been a remarkable turnaround, with their 33 home goals this term bettered only by Manchester City at the Etihad Stadium.

There was a tense atmosphere at the famous ground before Rodgers arrived and it was reflected in the team’s home displays, but the former Swansea tactician now believes that his charges enjoy playing on the hallowed turf and are confident of winning every game.

“I think the big change I look at now 18 months on is we are dealing with the expectancy much better,” he said.

“When I came in here we were expected to win but maybe the pressure of that sometimes was too much.

“Now we genuinely go into a game expecting to win – no matter who we are playing against home or away.”

That theory will be put to the test at the weekend when the Gunners bring a formidable away record to Liverpool.

Arsene Wenger’s men have won eight and drawn two of their matches away from the Emirates and have won six of their last seven top-flight encounters at all venues.

Liverpool will be desperate to atone for dropping two points against West Brom last time out and, with the attacking talent on show, a price of 2.80 about 4-6 goals in the Total Goals market might be worth looking at.