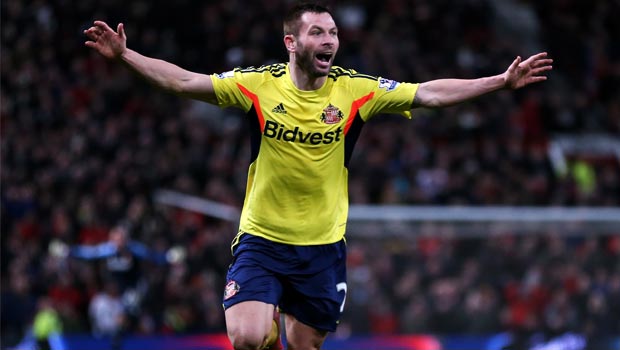 Phil Bardsley has likened Saturday’s visit of fellow Premier League strugglers Crystal Palace to the Stadium of Light to “another cup final”.

The Black Cats have put their battle for survival on the backburner in the past two weeks as they focused on the quest to pick up some silverware.

However, having lost out to Manchester City in the Capital One Cup final on March 2, Hull City ended their hopes of another trip to Wembley for the FA Cup semi-finals with a 3-0 quarter-final win at the KC Stadium on Sunday.

It has left Gus Poyet’s side with just the bread and butter of Premier League points to play for as they will kick-off this weekend’s game against the Eagles in the second relegation spot and a point from safety, but with two or three games in hand on the teams around them.

And Bardsley claims it is imperative that they can get out of the drop zone as quickly as possible which is why he is targeting a win which would see them jump above Tony Pulis’s side in 16th position.

“This is another massive week for us because the Palace game is absolutely vital,” he said.

“It’s another cup final for us and this time, we desperately need to win it and pick up three points.

“Palace will be well organised, because Tony Pulis has that wherever he goes. They will be very hard to beat.

“Results elsewhere have gone pretty well for us while we’ve been involved in the cups but first and foremost we must look at ourselves.

“Now it’s about making our games in hand count.”