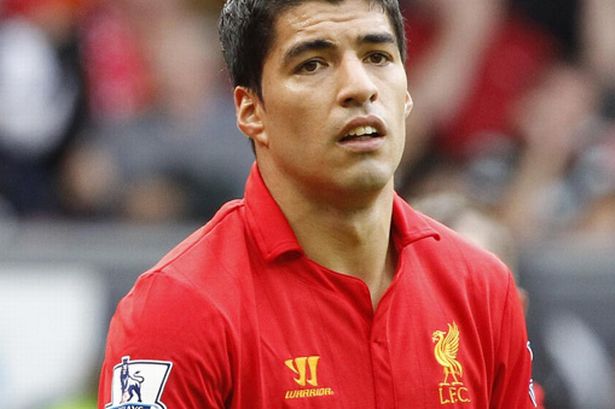 Luis Suarez has suggested he would be interested in a summer move to Real Madrid but stressed his desire to leave Liverpool is “complicated”.

The Uruguay international has made increasing noises about ending a controversial stay at Anfield but the club have made it clear they expect him “to honour his contract”.

The Merseysiders also insist there has been no official correspondence from either the player or his representatives confirming he wants to leave.

Suarez, who is away with his country preparing for a 2014 World Cup qualifier against Venezuela, said it would be difficult to turn down the chance to move to Estadio Santiago Bernabeu.

Speaking on Uruguayan television, Suarez said: “Of course I would like to play with Cristiano Ronaldo – he’s a great player. You never know, but it’s complicated.”

The 26-year-old hit the headlines when he was banned after being found guilty of racially abusing Manchester United defender Patrice Evra.

The £23m striker is currently serving a domestic ban for biting Chelsea’s Branislav Ivanovic, but insisted the English press had inflamed the situation.

He said: “The incident with Ivanovic – I know I made a mistake, it was me, my fault, and he did not do anything to me.”

He added: “I was angry because I had given away a penalty for handball. I was the cause of the penalty against my team – I saw red and completely lost it. I can’t really explain it.

“But still people can be very cruel, and the reaction was amazing.”