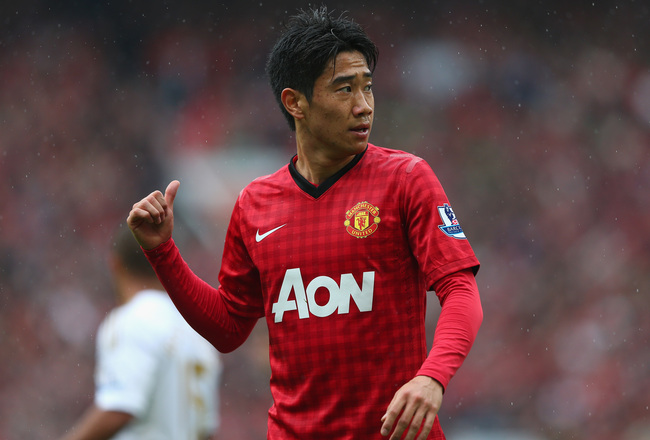 Shinji Kagawa accepts he must become more influential for champions Manchester United to ensure the club does not stand still.

The Japan midfielder was a high-profile signing by outgoing manager Sir Alex Ferguson last summer following a successful spell with Borussia Dortmund in which he helped the Bundesliga club win back-to-back domestic titles.

The 24-year-old struggled for consistency in the early part of his new career at Old Trafford but a turn of form in the new year contributed to the club winning a record 20th title.

The departure of Ferguson has put the spotlight on a number of senior stars, but Kagawa says he has every intention of fighting for his future.

BVB manager Jurgen Klopp also said recently his “heart breaks” when he sees his former player stuck out on the left wing, rather dictating play through the middle.

Kagawa, who is away on international duty preparing for the 2013 Confederations Cup, said he was aware he had to start to stamp his authority more on games.

“I wasn’t satisfied with my overall performance but I played well in the second half of the season and started to get more and more confidence,” he told Sports Illustrated.

“Hopefully, I can keep that going at the Confederations Cup.”

“In this business, you need to be like Rooney or Van Persie and prove yourself if you want the ball,” he added.

“I want to be a player like them, which means I need results.”