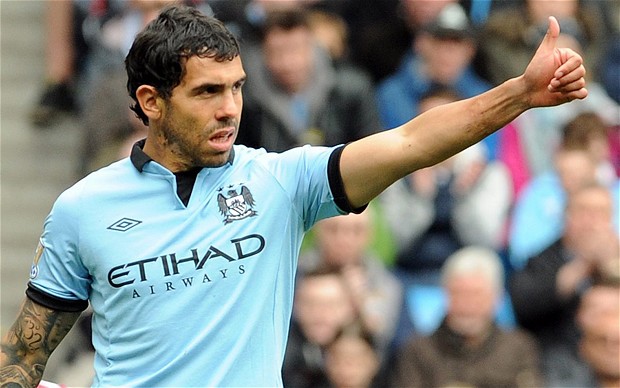 Argentina international Tevez has just one year left on his contract at the Etihad Stadium and the possibility of Manuel Pellegrini being appointed the club’s new manager has raised speculation he may look to leave before the start of next season.

Galliani insisted there would be no problem affording Tevez and was confident a deal could be struck.

“Carlitos won’t betray me,” Galliani said when asked about the possibility of a move, before allegedly showing reporters a text message from Tevez’s agent, Kia Joorabchian.

“I like Carlitos a lot, because he’s a ‘nasty’ player. His wages? There will be no problems with Tevez.”

Tevez himself has been no stranger to controversy, principally under the stewardship of former manager Roberto Mancini, when his refusal to come off the bench during a Champions League clash with Bayern Munich led to a major fall-out.

The 29-year-old returned from his self-imposed exile in Argentina to play a part in the club’s dramatic last-day Premier League title victory at the end of the 2011-12 season.

But his form dipped last season as City surrendered the title to local rivals Manchester United by 11 points.