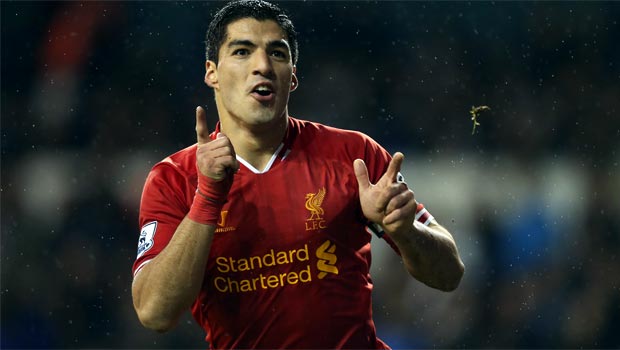 Luis Suarez has become the highest-paid player in the history of Liverpool after signing a new long-term contract with the club.

Rumours of a new deal for the Uruguay international emerged at the start of the week, with the Reds reported to have offered the striker fresh terms worth £200,000-per-week.

The move was made in order to avoid another transfer window of speculation after the 26-year-old was heavily linked with a move to Arsenal and Real Madrid during the summer.

At the time of all the speculation linking Suarez with a move away, the Liverpool number seven suggested he wanted to leave Anfield and had felt let down by the club in the aftermath of his bite on Chelsea defender Branislav Ivanovic in April.

His decision to pen a new long-term contract with the Merseyside outfit therefore represents a huge turnabout in his feeling towards the club.

Having put pen to paper Suarez is now focused on achieving success on the pitch with the Reds.

“I am delighted to have agreed a new deal with Liverpool and have my future secured for the long term,” said Suarez.

“We have some great players and the team is growing and improving all the time. I believe I can achieve the ambitions of winning trophies and playing at the very highest level with Liverpool. My aim is to help get us there as quickly as possible.

“Without doubt the backing I have received from the Liverpool fans has influenced my decision. I am so proud to represent them and go out to do my best for them every time I pull on the shirt.

“We have a special relationship; they have love for me and in return I love them back. I will always do my best for them and hopefully we can achieve success together.”

Suarez has been in excellent form this season, scoring 17 goals in just 11 Premier League matches.