Suarez feels ban of more than three games is too much 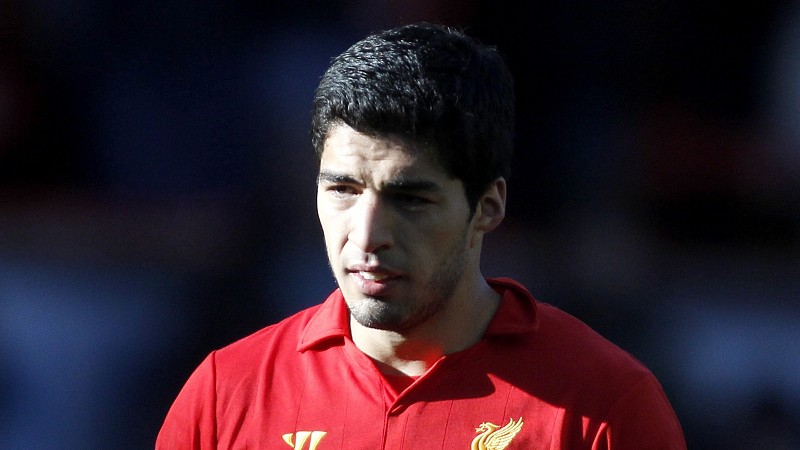 However, the Uruguayan believes that the three-match ban is sufficient and disputes the FA’s claim that it should be more due to the severity of the offence.

The final verdict will be known on Wednesday, when an Independent Regulatory commission, consisting of a chairperson, a former football player and a member of the FA Council, will hear the case.

At 26 years old, Suarez has been involved in different controversies since arriving at Anfield in 2011. He was given an eight-game ban last season for racially abusing Manchester United’s Patrice Evra.

Though he has been in excellent form this year, he finds himself in more controversy when he bit Ivanovic in the arm.

In the 2-2 draw, where Suarez scored an injury time goal to level the score, referees missed the incident but the Uruguayan has then apologised to the defender, while Liverpool have fined him.

When he was playing for Ajax, Suarez was banned for seven games after biting one of the opponent’s players, resulting in the FA arguing that he should get a longer suspension.

However, an FA statement revealed that: “Suarez has denied the FA’s claim that the standard punishment of three matches is clearly insufficient for this offence.

“The incident was not seen by the match officials and has therefore been retrospectively reviewed.”