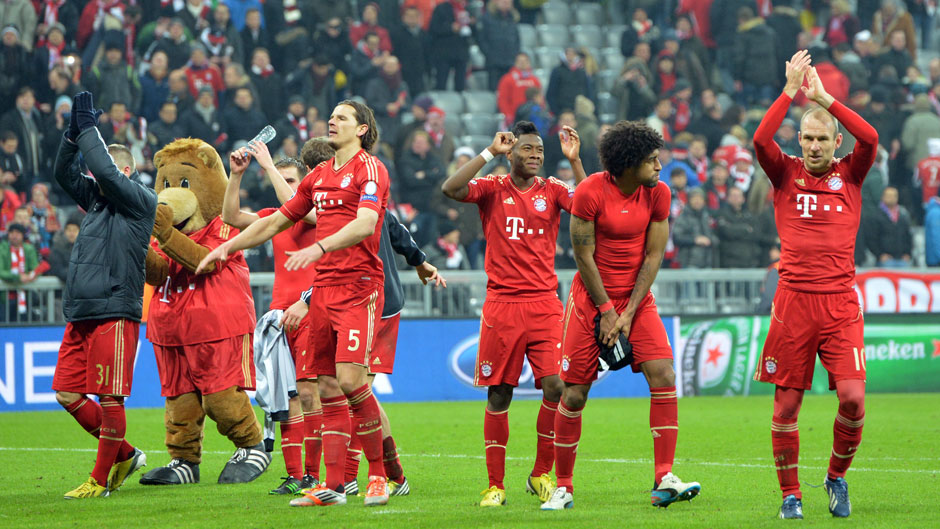 The Bundesliga champions dominated throughout the tie, with Thomas Muller scoring a brace, while Mario Gomez and Arjen Robben were both on target. Even Lionel Messi’s return from a hamstring injury could not will the Catalans to challenge in the night.

Despite dominating possession, it was Barcelona’s brittle defence that was constantly tested as the La Liga outfit barely tested Manuel Neuer throughout the contest.

The Bavarians had a penalty claim in the 15th minute after Philipp Lahm’s effort hit the arm of Gerard Pique inside the box as he tried to turn away.

However, they finally broke the defence in the 25th, with Robben’s cross was headed towards the goal by Dante and Muller arrived in perfect timing to head the ball past Valdes.

Another penalty appeal was denied by referee Viktor Kassai after Franck Ribery’s cross hit Dante before striking Alexis Sanchez’s arm as he defended.

In the second half, Jupp Heynckes’ men doubled their lead when Robben’s cross made Valdes step off his line and Muller headed that ball to Gomez to complete a simple finish, despite seemingly offside.

Barcelona tried to answer back but failed to threaten the defence, aside from one attempt by Sanchez.

Robben scored in the 73rd, but the main talking point was Muller’s body-check on Jordi Alba, which could have been a foul but resulted in giving the Dutchman space to fire past Valdes.

The visitor’s miserable evening was highlighted by two events – defender Marc Bartra wasted an important chance for an away goal after Xavi’s free-kick found him in acres of space, and giving up a fourth goal eight minutes from time after a combination play from Bastian Schweinsteiger, Ribery and David Alabs found Muller to score his second of the night.