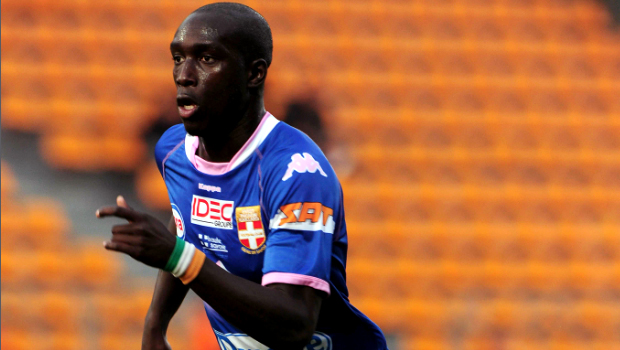 Hull City confirmed the capture of striker Yannick Sagbo from Evian, after a lengthy chase for player’s signature.

The 25-year-old has been on a list of potential targets for Steve Bruce this summer and the Tigers have finally been able to complete a deal.

Sagbo has moved to the KC Stadium for an undisclosed fee, with the Ivory Coast international penning a two-year contract.

Many pundits predict the former Monaco player will offer Hull some physicality up front as they look to try and maintain their top flight status.

Sagbo told the club’s official website: “I can’t wait to get going, and I look forward to meeting my new team-mates this weekend.

“I want to show the coaches and the fans what I’m all about, but not just with my physical presence. I also hope that my mobility and technical skills can add to what is already a good footballing team.”

The striker, who has played just once for his country, had a pretty impressive scoring record in France, with 22 goals in 90 games for Evian.

Sagbo becomes the eighth permanent signing made by Bruce so far this summer, as the Tigers look to build a squad capable of being competitive in the Premier League.

George Boyd and Ahmed Elmohamady have penned permanent deals after impressing whilst on loan in last season’s promotion campaign.