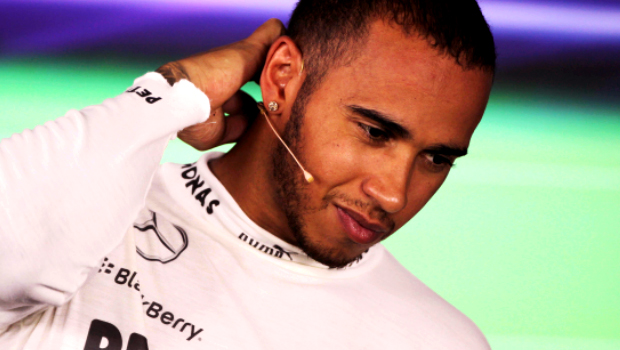 Lewis Hamilton says he still doesn’t see himself as a title contender, despite improvements made by Mercedes over last few months.

The 2008 world champion moved to the Anglo-German outfit at the start of the year and there were a number of question marks over whether he would be able to repeat the form he had shown throughout his career with McLaren.

Despite not yet winning a race in 2013, Hamilton has produced some good results, finishing on the podium three times to move him up to fourth in the standings ahead of Sunday’s Hungarian Grand Prix.

The 28-year-old could arguably have done a lot better due to the pace shown by his Mercedes, a feature that has been expertly exploited by team-mate Nico Rosberg, who took the chequered flag in both Monaco and Britain.

The race at the Hungaroring is the final meeting before the sport takes its traditional summer break and a victory for Hamilton would really help him in his quest to hunt down leader Sebastian Vettel.

Although he says he has been encouraged by how far his team have come over the last few months, the Brit still believes he has too much to do if he is to win the title.

“I don’t really look at myself as a championship contender at the moment,” Hamilton told reporters on Thursday when quizzed on F1 2013 so far. “Of course, I am fourth [in the Drivers’] and we’re second as a team in the Constructors’ Championship.

“At the beginning of the season everyone was writing me off and then all of a sudden they changed their opinions and we’ve had some really good results. That’s just due to all the hard work the team are putting in and we’re not giving up. We’re going to keep pushing.”