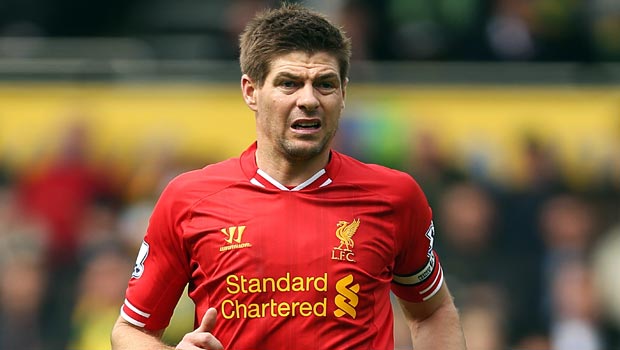 Liverpool boss Brendan Rodgers says Steven Gerrard has more than one season left at Anfield and is confident he will pen a new deal.

Gerrard has just 12 months remaining on his current contract but reports are rife that he will agree an extension to keep him on Merseyside until at least 2016.

Rodgers is of the opinion that the 34-year-old has a good few years left in him, especially now that he has decided to call it a day with England after announcing his international retirement.

“I am very happy that Steven is now going to commit to Liverpool and I am sure that (his contract) is something that we will look at,”
Rodgers said.

“He is in really good condition and I’m sure it is something that will happen at some point.

“Listen, for his own mind, I’m sure he will want it sorted out, absolutely. You never want to leave players with not too long to go on their contract.

“A lot has gone on at the club over the course of the summer. It is something I am sure will get sorted.

“I know he can continue to play beyond this season. I have always said that. Now he doesn’t have international football, he will have that freshness.”

Liverpool finished second in the title race last season, but following the departure of Luis Suarez to Barcelona, they are priced at 9.50 to win the title in this campaign.

Chelsea, Manchester United, Manchester City and Arsenal are all above them in the football betting and Gerrard penning a new deal would certainly give the whole club a lift before the big kick off.