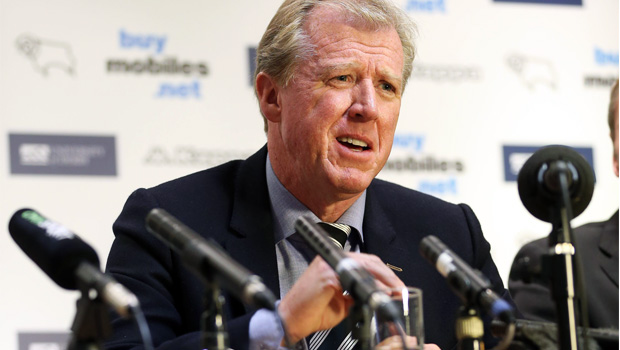 The former England coach Steve McClaren has officially taken over at Derby County after the recent sacking of Nigel Clough.

McClaren has recently guided QPR to the top of the Championship in his role as first-team coach under Harry Redknapp, but could not resist the lure of being in sole charge again, despite the fact that Derby are currently 14th in the table with just 11 points from nine games.

The straw that broke the camel’s back as far as the board at Pride Park was concerned was Saturday’s 1-0 loss at arch-rivals Nottingham Forest.

Clough’s career, like that of his late father, Brian, has been intertwined with both clubs, and it was sadly ironic for him that defeat to the club for whom he played over 400 games was to cost him his job, along with that of his back-room staff.

For McClaren it means a third return to the club he himself played for in the 1980’s, and for whom he was assistant manager when the club was promoted to the Premier League in 1996.

He left in 1999 to assist Sir Alex Ferguson at Manchester United before enjoying a modicum of success in his first managerial stint at Middlesbrough.

A short and disappointing role as England boss was followed by a successful spell with Twente Enschede in the Netherlands as he guided them to the Eredivisie title in 2010.

Jobs at Wolfsburg, Nottingham Forest and a return to Twente followed, but with his suitcase barely unpacked, he was to leave again earlier this year, making his way to Loftus Road.

One thing McClaren does not lack is experience, and Derby chief executive Sam Rush hopes that fact can help achieve the club’s ambitions.

“Our goal is to have Derby County competing for a play-off place and beyond, and we feel with Steve and his team at the helm we have a great opportunity to do so,” he said.

“He also has a network both on a European and global scale, and has also proved in the past that he can identify talent and develop it on the training ground.”

McClaren will watch Tuesday night’s home game with Ipswich from the stands, and will officially take charge on Saturday when Leeds United are the visitors.