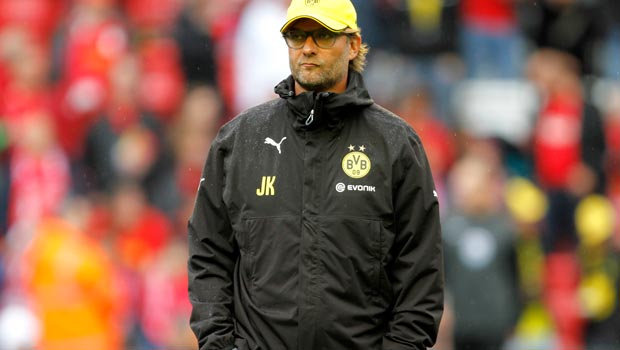 Borussia Dortmund boss Jurgen Klopp has accepted the responsibility for his side making a disastrous start, in more ways than one, to their Bundesliga campaign.

After champions Bayern Munich beat Wolfsburg on Friday night, the pressure was on BvB to follow suit in their Bundesliga opener at Signal-Iduna-Park against Bayer Leverkusen.

However, it took less than 10 seconds for Karim Bellarabi to upset Klopp’s plans as he scored the fastest ever goal in the history of the German top flight as Bayer scored straight from the opening kick-off.

There were of course chances for Borussia to get themselves back into the contest but they failed to convert any of the opportunities created before Stefan Kiessling maintained his rich scoring streak to seal the points deep into stoppage time.

Die Borussen of course are now without star striker Robert Lewandowski following his move to Bayern Munich and although Ciro Immobile and Pierre-Emerick Aubameyang failed to get on the scoresheet, Klopp insisted it was the team as whole that could not deliver.

“[The finishing] was obviously bad, but the [forwards] have not screwed up alone,” Klopp said.

“The start to the game hurt, of course,” the BVB boss told reporters.
“Leverkusen used their plan; we, unfortunately, did not.

“We have a lot of work to do. That we were not awake at the beginning I blame on myself.

“Our feeling in the first 25 minutes was influenced dramatically after the early goal.

“The team has shown great will and if we’d taken one of our chances, then we would have turned the game. But Bayer earned their win.”

Borussia cannot afford to let Bayern get too far ahead in the early stages if they are to realistically challenge for the title, and they will be hoping to make a much better start to their away campaign when they travel to Augsburg next Friday.