Southampton: Pochettino focused on the positives 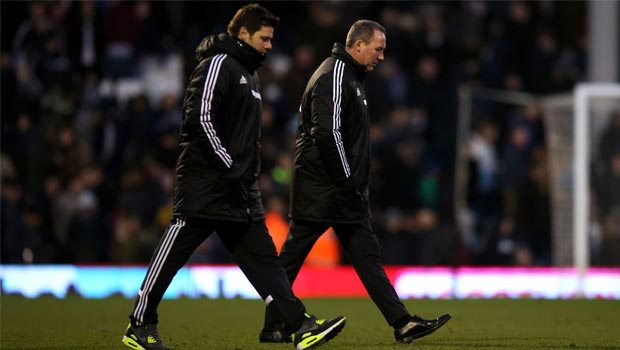 Southampton boss Mauricio Pochettino was quick to take positives from his side’s 2-2 draw with Stoke, despite now winning just one of their last seven home games in Premier League.

The Saints made a perfect start to the contest and were 1-0 up thanks to a brilliant effort from Rickie Lambert from a free-kick.

They were pegged back just minutes later when Peter Odemwingie scored his first goal for Stoke but Pochettino’s side then went 2-1 up when Steven Davis’ cross managed to avoid everyone in the box, including Asmir Begovic, but the home side once again fell asleep at the back to allow Peter Crouch to score just before half-time.

Southampton have impressed so far this season but recent results have seen them slip down to ninth in the Premier League table.

Speaking after the match, Pochettino insisted his side played well and were creative throughout the contest, and believes that they could and should have claimed all three points.

He said: “We scored a great goal through Rickie Lambert and created several more chances. We could not take them and then conceded two soft goals, which made it very difficult for us.

“Despite the weather, despite the tough opponent we were facing, we still played very well. In the second half we were all over Stoke, and we were creating all the chances.

“Overall we actually deserved more than the final result reflects. We have tried to play, we tried to impose our game.”

Southampton’s away form will now be tested when they travel to the KC Stadium on Tuesday, and they can be backed at 2.37 to take maximum points, with Steve Bruce’s side priced at 2.81 to win their second game in a row.