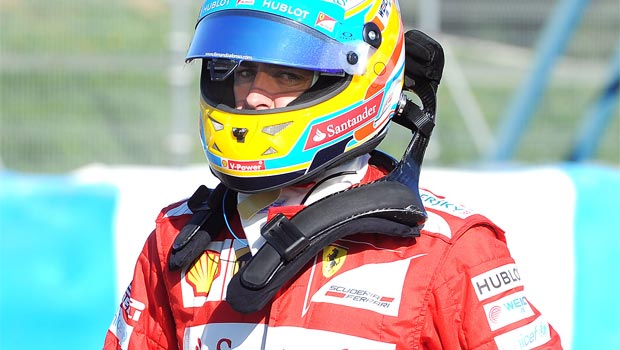 Ferrari’s Fernando Alonso has admitted his desperation to end his run of near misses and add another world title to his collection in 2014.

The Spaniard has already got two Drivers’ Championship titles to his name after back-to-back successes with Renault in 2005 and 2006.

Since his move to Ferrari, he has fallen short on three occasions, with Red Bull’s Sebastian Vettel taking the title in the past four years.

Alonso came close to winning his third crown in 2010 and 2012 while he finished a distant second last year, but with the new season fast approaching the 32-year-old is determined to sit on the top of the pile come the end of the season.

“If you ask me this question in 10 years’ time I will tell you less, because two Championships are more than I could dream,” he told CNN.

“If you ask me right now and I am in a middle of a competition, I am hungry for victories; hungry for success – I will tell you that two Championships are not enough.”

As well as overcoming Vettel and the improving Mercedes pair of Lewis Hamilton and Nico Rosberg, he will have to compete with new team-mate Kimi Raikkonen.

However, Alonso insists that the partnership will only bring out the best in him.

“I think he’s very talented so that is a huge help and a huge motivation for myself first and also for the team, because the team knows it has to deliver a good car because Kimi will deliver a good result,” Alonso said.

“I know I need to deliver my best, if not I cannot be in front of Kimi, so that is only good and positive news for Ferrari.”

After Red Bull’s poor form so far in testing, Alonso will fancy his chances this season and can be backed, along with the rest of the field, at 1.460 to win the 2014 World Championship, with Vettel priced at 2.750 to make it five on the spin.