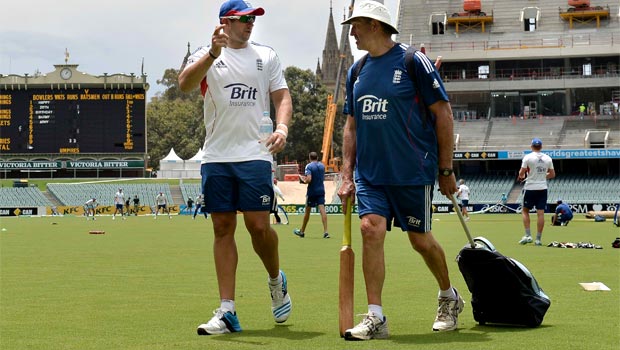 Batting coach Graham Gooch has admitted that England have been outplayed by Australia in the current Ashes series after suffering another humiliating day in the fifth and final Test.

The tourists, who are trying to avoid what would be a disastrous 5-0 whitewash, were bowled out for 155 by Australia, who closed on 140-4 to lead by 311 runs after two days in Sydney.

England suffered a dismal start to the day when captain Alastair Cook was trapped lbw to the second ball of the day as the side crumbled to 23-5 before recovering slightly thanks to a 47 from Ben Stokes, to avoid the follow-on in reply to the home side’s 326 all out.

Gooch, the nation’s all-time leading run-scorer with 8,900 in 118 Tests, said the collapse was all too familiar.

“We have made too many basic errors. Generally, good players get out lbw, caught behind or caught at slip. But in the games before this one, we made far too many errors, getting caught in the ring, caught at mid-on or caught on the hook, which has cost us dear,” he said.

“We’ve got one hundred in the series and that is not going to win you anything. I can’t fault the players for the way they prepare and practise, but we have not been able to implement the plans.”

Once again England were unable to cope with the bowling attack of the Australians, with the impressive Mitchell Johnson taking three wickets, a feat matched by Peter Siddle and Ryan Harris, with the trio ripping throughout the England side.

A 5-0 whitewash is now looking likely and Gooch has admitted that the team face an uphill task to save the Test.

“We can’t just give up, we’ve just got to keep fighting,” he said. “It’s going to be a hard match but this is not the flattest of pitches.”