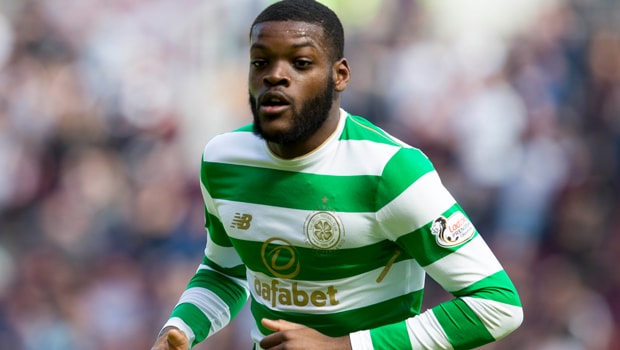 Celtic boss Brendan Rodgers has said that the fans have not yet seen the best of Olivier Ntcham.

The Frenchman arrived at Celtic Park a year ago after moving from Manchester City and has impressed in the team’s Champions League qualifiers so far this month.

Celtic’s season began early, on July 10, and having qualified for the second qualifying round, Ntcham scored an excellent goal in the side’s 3-1 first leg win over Rosenburg.

They travel to Trondhein for the second leg on Wednesday and Rodgers believes Ntcham can play a vital part in pushing Celtic towards the Champions League group stages and onto another successful domestic season.

He said: “Technically he is strong, physically you can see he is an athlete and mentally he is a boy who really devotes his life to his game.

“He does his extra work and he is now understanding how to look after his body to play so many games.

“Olly is still not up to speed. He starts to tire after 70, 75 minutes which is natural. Like I say, he is a big talent and we wanted that when we were looking for that type of player. We wanted that power, but also that technical ability and his goal was fantastic.”

Rodgers said that fans would have to be patient as Ntcham played 38 games for Genoa in two seasons and to go from that to instantly play two or three games a week was unrealistic.

However, the Celtic manager was confident that, with Ntcham, Scott Brown, Callum McGregor and Tom Rogic, he has a well balanced midfield going into the new campaign.

Following the second leg of their Champions League qualifier, Celtic get their new league season underway with a home game against Livingston next Saturday.