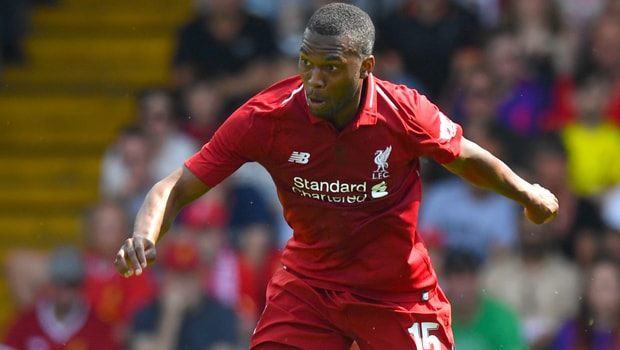 Daniel Sturridge says that he is hungry to feature in Liverpool manager Jurgen Klopp’s plans and to win silverware at Anfield.

The 28-year-old has made just 98 league appearances for Liverpool in five years with the club, as a succession of injuries have disrupted his time on Merseyside.

He left the club to spend time on loan at West Brom last season but is now back at Anfield and has been part of Klopp’s plans, for pre-season at least.

He has played well in three recent friendlies including the 4-1 win over Manchester United at the weekend when he wore the captain’s armband after coming on as a second-half substitute.

Sturridge says he is keen to put his injury worries behind him and hopes he has a future at Liverpool, though he is not getting carried away with his recent spell of games.

He said: “The hunger will never change. I’m taking every day as it comes with a positive mindset. That’s all I’m going to do.

“Pre-season has been going great but, you know, I’m not getting too carried away. It’s just great to be part of the club and helping and making sure that we can win games.”

With Danny Ings reportedly looking to leave Liverpool to try and find regular football, Sturridge may well stay and try to find opportunities in a forward line that impressed last season with Mohamed Salah, Sadio Mane and Roberto Firmino firing the side into the Champions League final.

Liverpool, 5.00 to win the Premier League next season, play two more pre-season games, against Napoli and Torino before taking on West Ham at home in their first league game of the new campaign.