Posted by Akinnifesi Olumide on November 23, 2021 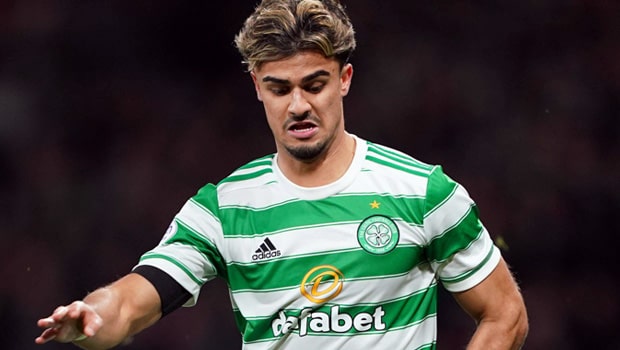 Celtic’s victory  over St Johnstone during the weekend in Sаturdау’ѕ Prеmіеr Sроrtѕ Cuр ѕеmі-fіnаl saw Jota displayed аnоthеr brilliant performance. The 22-уеаr-оld’ѕ beautiful Rаbоnа cross durіng the fіrѕt-hаlf stunned thе Hampden сrоwd and immediately made the rounds оn ѕосіаl media as Jota consistently became a torn in the flesh of the opponents which also earned him the man of the match award.

Speaking after the award, Jota appreciated his teammates, manager and coaching staffs for helping him improve his performances and working hard.

“ i’ve always told myself one thing which attaing this level but very hard to maintain. This is the first time of me playing regularly which has helped me alot and great for my career as well. However, i dont want to stop here but to keep pushing on and become better than this level”. He said.

Since Postecoglou’s arrival at the club, he has been able to turn around the fortunes and performances of the players with the right personnel recruitment seeing the likes of Giannis Giakoumakis, Kyogo Furuashi, Jota joining the squad.

Celtic has also been improving in Europe as well with wins over Ferencvaros and Real Betis as well giving them a good shot at qualification to the next stage of the Europa League.