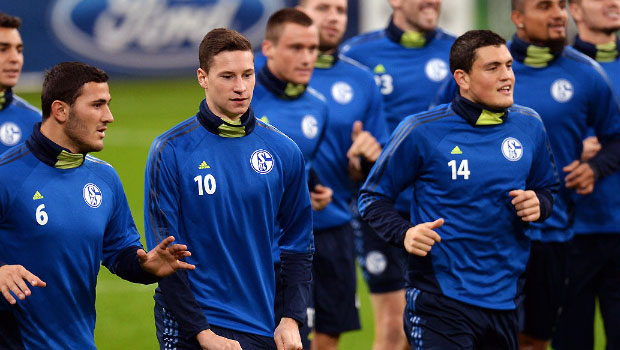 Group E leaders Schalke 04 will aim to stretch their unbeaten run to six when they welcome Chelsea to the Veltins-Arena on Tuesday.

The Bundesliga side have won four of their last five matches, including both Champions League fixtures, away at Basle and home to Steaua Bucharest, but have the odd injury problem ahead of the clash with Jose Mourinho’s outfit.

However, they have conceded no less than 19 goals in nine Bundesliga fixtures this season, including three at home to Hamburg. They also suffered a 4-0 defeat at the hands of Bayern Munich, and coach Jens Keller must do without his main central defender Kyriakos Papadopoulos along with striker Klass-Jan Huntelaar.

As for Chelsea, they have left Ashley Cole behind in London, but forward Andre Schuerrle is poised to return to the attack after missing the 4-1 win over Cardiff on Saturday.

The German star scored a hat-trick for his country in last week’s 5-3 World Cup qualifying victory over Sweden, but picked up a slight leg injury.

Mourinho is aware that Chelsea will not have things easy, and said: “Schalke are missing a couple of players but so are we.

“Ashley Cole is an important player and he isn’t playing.

“We lost the first match at home but won the second away. We now play two matches against the strongest team in the group.”

Mourinho has yet to finalise his central defensive plans, and with John Terry certain to start, he must choose between David Luiz and Gary Cahill for the other place.