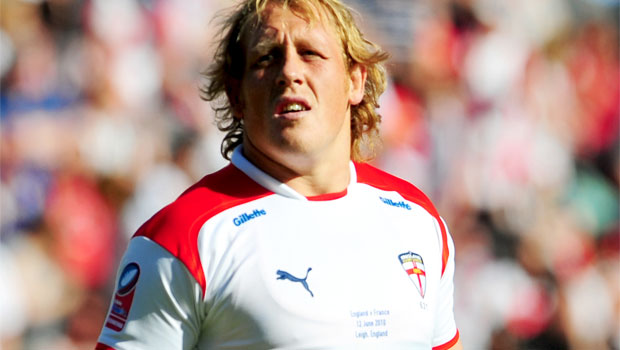 England coach Steve McNamara has hinted Ben Westwood will return when they kick off their World Cup campaign against Australia this weekend.

The Warrington second rower was suspended for the humiliating friendly defeat against Italy on Saturday but could come straight back in against the Aussies.

Wigan loose forward Sean O’Loughlin is set to come into the reckoning after being rested against Italy and McNamara intends to name his starting line up early this week.

“We all know the qualities of Ben in terms of what he brings,” McNamara said. “He’ll be a strong candidate for selection.

“I think for the stability of this group, the earlier we can confirm that ourselves as a team the better it will be and we aim to do that early this week.

“I’d be hopeful that everyone would be fit. When you have 24 world-class players in your squad, you always have decisions to make.”

Meanwhile, McNamara does not believe too much damage was done to his side’s confidence as Italy took the win 15-14.

“We had prepared extremely well, but we probably lost our concentration and focus for that game and paid the price.

“We came up with a performance that wasn’t great, but one that hopefully, as the tournament unfolds, will put us in a better position to win it.

“The game was designed to blow some cobwebs away and hopefully build some combinations. We didn’t quite do that – we didn’t quite find our rhythm – but, certainly in the process of everything involved, it won’t do us any harm.”