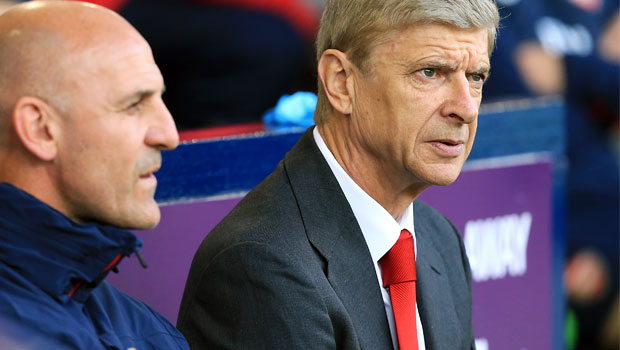 No doubt a packed Emirates will serenade the Frenchman with a rousing birthday chorus, but he will be focused on just one thing – making sure that the Gunners keep their 100 per cent record at the top of Group F intact.

They sit top of the table thanks to victories away at Marseille and home to Napoli, but last year’s beaten finalists present arguably the toughest test so far for the current Premier League leaders.

“A good game for me is the best present,” said Wenger.

“I get cards, phone calls but, honestly, if nobody reminds me I forget.

“It was always like that. Even when I was 25 or 30, I never thought it as a special day, but people remind you.

“I don’t want the team to play just for my birthday. I want them to enjoy playing together. If I can enjoy it as well, it is even better.”

The visitors were beaten 2-1 when the sides met in London two years ago, but have improved enormously since then. They have plenty of firepower up front, and have not failed to find the net in any game so far this season.

Both Robert Lewandowski and Marco Reuss are set to start, and will be a big threat to the Gunners’ defence. Wenger meanwhile must do without Mathieu Flamini after he was concussed on Saturday, while Theo Walcott and Lukas Podolski remain sidelined as well.

However, summer signing Mesut Ozil will relish playing against his countrymen, and with in-form Jack Wilshere and Olivier Giroud to call on as well, Arsenal fans will be confident that their side can come out on top.