Southampton: Saints bid to bounce back 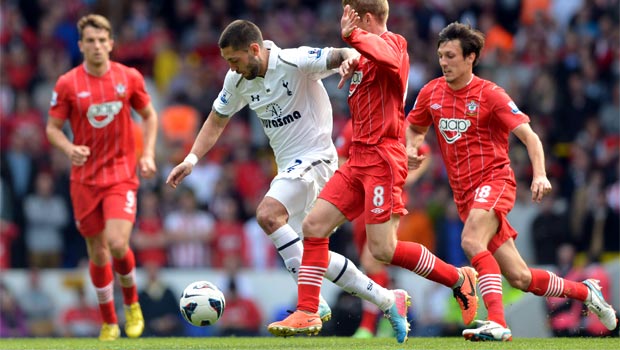 Southampton, without a win five matches, will attempt to make the most of Tottenham’s current situation to bounce back with a win at St Mary’s on Sunday.

Tottenham Hotspur said goodbye to Andre Villas-Boas after a humiliating 0-5 loss to at home to Liverpool last week, while Spurs had their misery compounded by exiting the Capital One Cup at the quarter-final stage midweek at the hands of London rivals West Ham.

Tim Sherwood takes over for the visitors today, and has made no secret of the fact that he would like the job on a permanent basis, so he will be looking for a positive result against a side managed by one of his big rivals for the vacant post.

Coach Mauricio Pochettino is on the shortlist for the Tottenham job, and will obviously be keen to show his potential employers what he can offer, so Spurs can expect no favours on the south coast on Sunday.

Southampton have hit a lean patch lately, but have had fixtures against Chelsea, Arsenal and Manchester City in recent weeks.

However, a well earned 1-1 draw at Newcastle last week augurs well for their chances, especially if goalscorer Jay Rodriguez can maintain his form.

Pochettino will give right-back Nathaniel Clyne a late fitness test, but Guillermo Do Prado and Victor Wanyama will both be absent. Influential midfielder Adam is in line for a return though, and that will be a big boost to the Saints.

For the visitors, Paulinho misses out after being sent off against Liverpool, while Spurs’ hopes of getting back to winning ways was dealt a further blow when Andros Townsend limped off with a hamstring injury in the midweek 2-1 loss to West Ham, and will be out for a month.