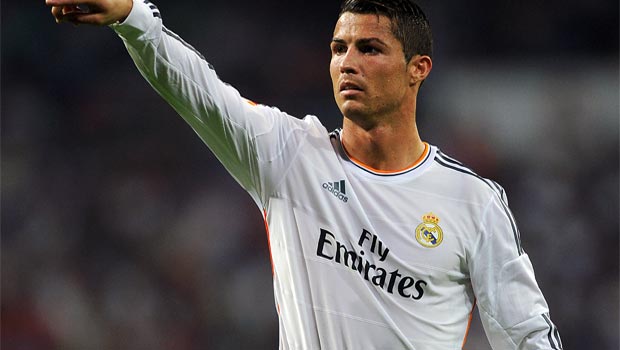 Cristiano Ronaldo is again set to be the scourge of defences everywhere after recovering from a muscle strain.

The Portuguese hitman has been sidelined since picking up the injury at Almeria on November 23, missing the Champions League success over Galatasaray as a result, while he was also forced to sit out last weekend’s La Liga win over Real Valladolid.

Prior to his absence, Ronaldo had been in electric goal-scoring form, netting 14 times in seven starts, including the World Cup treble for Portugal against Sweden, and judged on the evidence so far normal service will soon be resumed.

The 28-year-old, currently the highest paid player in the world, will not have to work too hard to earn his fee if picked to turn out for Real Madrid’s next match which is a first-leg, last-32 away fixture at lowly Olimpic de Xativa on Saturday.

The Spanish giants have already qualified for the last 16 of the Champions League as Group B winners, so even have the luxury of omitting Ronaldo from the starting line-up against FC Copenhagen in Denmark a week on Tuesday should they decide to keep his powder even drier with bigger fish to fry later on.

On a personal level, Ronaldo has won some sort of individual honour each season since 2004, including the Ballon d’Or in 2008.

A certain Lionel Messi has captured the award in the last four years, but many will fancy Ronaldo to come out on top this time in the battle between the two forwards deemed to be the best on the planet.