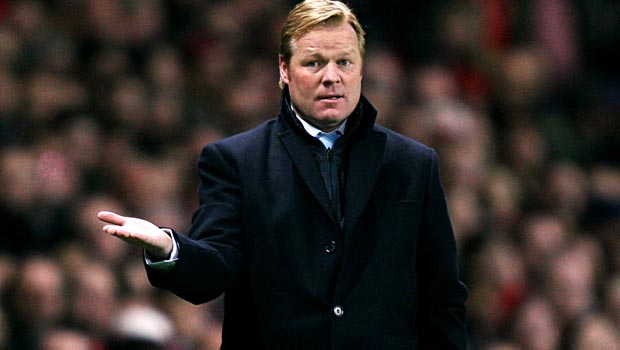 Ronald Koeman claims the opportunity to manage Southampton was “too good to turn down” and he is looking forward to helping the St Mary’s club develop further in the coming years.

The 51-year-old former Netherlands international has the calibre to be a success in the Premier League given that his CV includes Dutch title wins with both Ajax and PSV Eindhoven, a Copa del Rey success at Valencia in Spain, while he has also enjoyed spells in charge of Portuguese giants Benfica, AZ Alkmaar and more recently had three years with Feyenoord back in his homeland.

The Saints’ board have handed him a three-year contract in the hope he can build on the good work performed by Mauricio Pochettino who departed at the end of last season to take charge at Tottenham.

And Koeman, who is joined by his older brother Erwin, who has been named assistant first-team manager, and Jan Kluitenberg, who will be an assistant and fitness coach, said in a statement: “I am thrilled to be the manager of Southampton Football Club.

“From my very first meeting with (executive director) Les Reed, I could see clearly that this was the right club for me. We share the same philosophy of football, and the same belief in how to develop the club.

“Southampton have a talented first-team squad, a world-class academy and the infrastructure to sustain success in the Premier League.

“The opportunity to continue the development of this famous football club was simply too good to turn down. I cannot wait to get started.”

Koeman’s first task will be to try and persuade star players such as Adam Lallana, Luke Shaw, Calum Chambers and Dejan Lovren to stay put on the south coast this summer as they have all been linked with moves to pastures new.