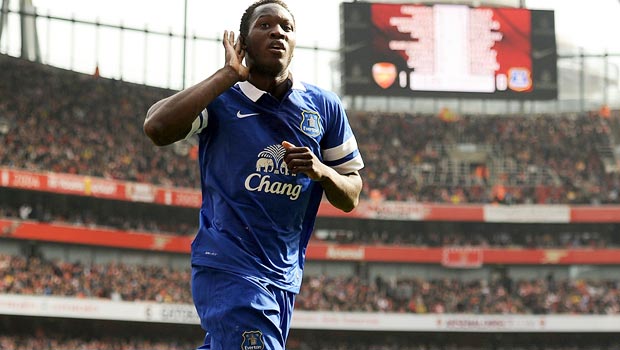 Romelu Lukaku believes he can improve while he is also looking to help Everton progress on last season after becoming the club’s £28million record signing.

The 21-year-old Belgium international striker penned a five-year deal after the Toffees agreed the fee with Premier League rivals Chelsea, which is £13million more than their previous record of £15million which they paid out for Marouane Fellaini in 2008.

Lukaku is no stranger to Everton as he scored 15 times in 35 Premier League matches while on loan last season, which followed a successful campaign with West Brom in 2012-13, when he scored 17 goals in the same number of games.

He is now aiming to improve his goals output with Roberto Martinez’s side next term in the hope they can go one better than their fifth-placed finish and secure Champions League football.

Lukaku, who signed for Chelsea from Anderlecht for £18million in 2011 but only played 15 games while at Stamford Bridge, said: “I am really excited about rejoining Everton.

“I had a fantastic experience last season and a great relationship with the manager, the chairman, the staff, the players and the fans. I can’t wait to get started again and I’m looking forward to a successful season.”

He added: “I think I can improve in every aspect. My goalscoring is record is good but I want to get better in every area. I don’t set individual targets. I just want to help my team do better than last season.”

Lukaku is set to make his first Premier League appearance as a permanent Everton player in their opening-day trip to newly-promoted Leicester on August 16. The Toffees are 2.41 to win, the Foxes are 2.73 and the draw is 3.14.