Liverpool: Rodgers looking to get back among the big boys 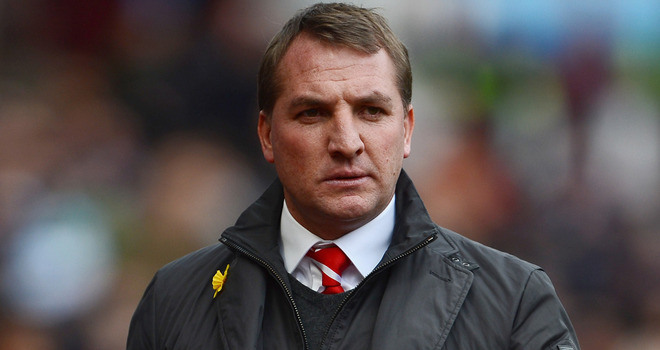 Brendan Rodgers believes he can get Liverpool back among the big boys of the Premier League.

Brendan Rodgers believes he can get Liverpool back among the big boys of the Premier League and is confident he can secure a top-four place next season.

The Northern Irishman took over the reins at Anfield last summer and it took a while for the players to adapt to his tactics and philosophy in the early part of the campaign.

There were signs the Reds were turning it around as the season wore on but the slow start proved costly as they ended the campaign in seventh place and behind Everton for the second successive season.

Daniel Sturridge and Philippe Coutinho were key arrivals at Liverpool in the January transfer window and their performances in the second half of the season offer plenty of encouragement for the new campaign.

Rodgers has already begun making moves in the transfer market this summer with the arrival of Kolo Toure, while the club is reportedly closing in on deals for Iago Aspas and Luis Alberto.

The signs are looking good as far as the manager is concerned and he is optimistic he can secure qualification to the Champions League for the first time in five seasons.

“I’m not here to be comfortable, to sit and earn the money and just enjoy being Liverpool manager,” Rodgers said.

“There’s a pressure that comes with it and I believe we’re in a much better place to challenge [for the top four] now. I think we can do it
– I believe we have built a real good base this year.

“Of course, it will be a tough ask because, as we improve, other clubs will have masses more money to do so as well. But it’s not my job to look for excuses, I have to find the solutions to try to push us in there – and I believe we won’t be too far away.”

What could be key to Liverpool’s hopes of a top-four finish next term is the resolution of the future of Luis Suarez, who has revealed he wants to leave England.

The Anfield giants are reluctant to let him go despite his on and off-pitch problems at the club but if they are able to at least secure a sizeable transfer fee, his departure would be an easier pill to swallow.