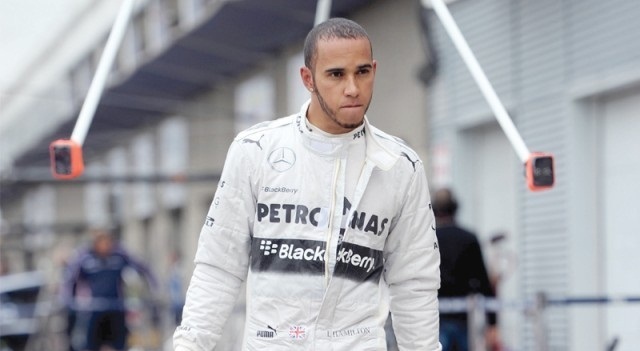 Lewis Hamilton has moved to downplay home expectations that he may win the British Grand Prix at the end of the month.

Lewis Hamilton has moved to downplay home expectations that he may win the British Grand Prix at the end of the month, and insists he has no chance of competing with Red Bull.

The 2008 world champion has enjoyed a mixed season at his new team Mercedes and has openly admitted that he has not quite attained 100 per cent confidence in the car.

He has been outperformed by team-mate Nico Rosberg in qualifying, one pole to three, while the German has managed the team’s solitary victory in Monaco, although Hamilton’s consistency sees him placed fourth in the standings, 20 points clear of his team-mate.

Hamilton secured his third podium finish of the season in Canada on Sunday and with the Formula One circus heading to Silverstone from June 28-30, a venue where the Briton took the chequered flag in 2009, there had been hopes of a home win.

However, the 28-year-old has written off his chances of closing the 55-point gap on championship leader Sebastian Vettel, although he is confident he can achieve another podium finish.

“I didn’t leave Montreal thinking I’m going to Silverstone with the possibility of winning,” the Daily Mirror quoted Hamilton as saying.

“Vettel was pulling away from me at a second per lap in Montreal.
We’re not going to gain a second before the next race. But we can definitely beat the rest.

“As for the championship there are still 12 races left. It’s not impossible. But we need to make another big step with the car.”

Hamilton is determined to achieve as much as he can with Mercedes but believes the team needs to take ‘another big step’ and ‘work harder’, hoping to find improvements in the weeks leading up to Silverstone.