Remy Cabella is a Magpie 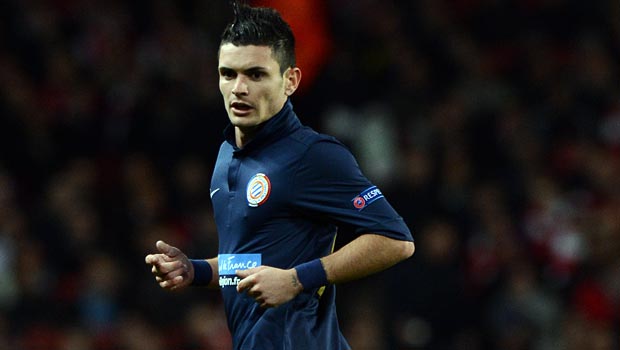 French international Remy Cabella has joined Newcastle United for an undisclosed fee on a six-year-contract.

The Montpellier midfielder has become Alan Pardew’s fourth summer signing after Siem de Jong, Jack Colback and Ayoze Perez, and is seen as the perfect replacement for Yohan Cabaye who has crossed back over the English Channel to join PSG.

The 24-year-old, who arrived at Tyneside on Sunday from holiday in Corsica, said: “It is great to finally be a Newcastle player.

“This is a move that I really wanted to make as I have heard nothing but good things about Newcastle United from everyone I spoke to.

“I wanted to join a great English club and that is why I have arrived here. I’m looking forward to pulling on the shirt and playing in this magnificent stadium, and I will give this club my maximum.”

Pardew added: “Cabella is a player who has been on our radar for a while and we are delighted to bring him to the club.

“He is a player who I am sure will excite our fans. He has flair, hard work and commitment, and is going to bring a talent, energy and quality to St James’ Park that our supporters will enjoy.

“Remy has great ideas when the ball comes to him and, along with Siem de Jong, is going to improve an area where we definitely needed some help.”

As one Frenchman arrives, another is on the way out, with right full-back Mathieu Debuchy expected to join Arsenal before the new Premier League season begins.

However, before then Pardew will hope to have found a suitable replacement.

Newcastle begin their Premier League campaign at home to champions Manchester City on August 16, and are 4.89 with Dafabet to make a winning start.