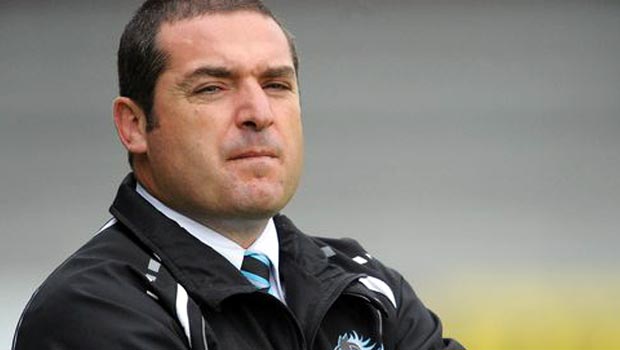 A 20th successive defeat saw London Broncos relegated from the Super League, as a rampant Warrington Wolves showed no mercy on Sunday.

The Broncos turned up at the Halliwell Jones Stadium with their fate already pretty well decided, as they needed results elsewhere to go their way in addition to pulling off a miracle win over the hosts.

That was never going to happen, as the Wolves, searching for a 10th-straight victory, tore into them, running in 13 tries, with Joel Monaghan in scintillating form, grabbing four himself in a 72-12 demolition.

Broncos coach Joe Grima was glad it was all over: “I’d swap my position right now for anyone. It’s a privilege to be coaching at this level but it doesn’t get tougher than this,” he said.

“It’s a tough day for our club.

“It’s been a tough 12 months with being on the brink of administration, losing players out of our squad, with only six players doing an off season, and we recruited a squad of 31 players.”

Warrington coach Tony Smith is not used to failure, having previously guided Leeds Rhinos to Super League glory, and had these harsh but true words for the losers.

He said: “For the London club and for Super League it’s a lesson to be learned. It shows you how not to get ready for a rugby league season.”

The Super League Play-Off series will begin on September 18th.