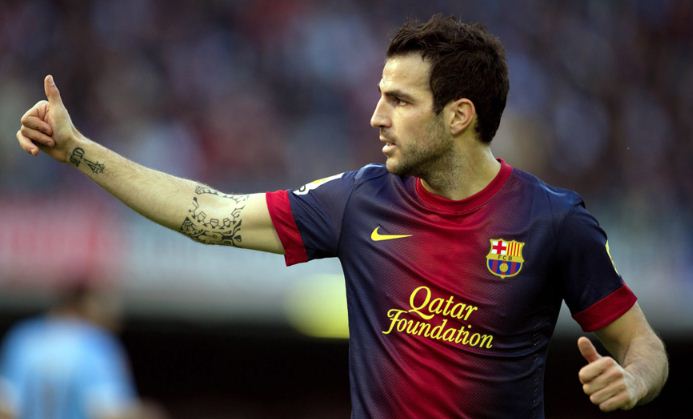 Manchester United boss David Moyes confirmed that the Reds have made a new and improved offer for Barcelona midfielder Cesc Fabregas.

United failed with their opening bid for the former Arsenal man with Barca insisting the player is not for sale, while Fabregas also said he was happy at the Nou Camp.

However Moyes will not give up that easily and has now confirmed that a fresh offer has gone in for the Spain international, which executive vice-chairman Ed Woodward is dealing with.

“As I understand it, Ed had a response (to the first offer). We have made a second offer but Ed is dealing with it rather than me.”

If this latest offer fails then Moyes may have to look at other options but he says Manchester United will do all they can to make a deal happen.

The same can be said of all other transfers with Moyes said to be keen on the likes of Gareth Bale, Leighton Baines and Marouane Fellaini.

“I think a point does come,” added Moyes. “But when you are interested in good players you want to give it every opportunity to materialise.

“I will hope things will continue to move forward.

“At this moment in time I can only tell you Ed Woodward is working hard to try and make the deals happen. We hope some of them will fall into place shortly.”

Uruguay Under-20 star Guillermo Varela is the only player to arrive at Old Trafford so far this summer and Moyes is calling patience from fans, who are eager to see new signings.

“I can understand that feeling,” he said. “But there have been quite a few changes. Other managers have changed their clubs too and everybody thought this might be the summer when transfers are done later in the month.”