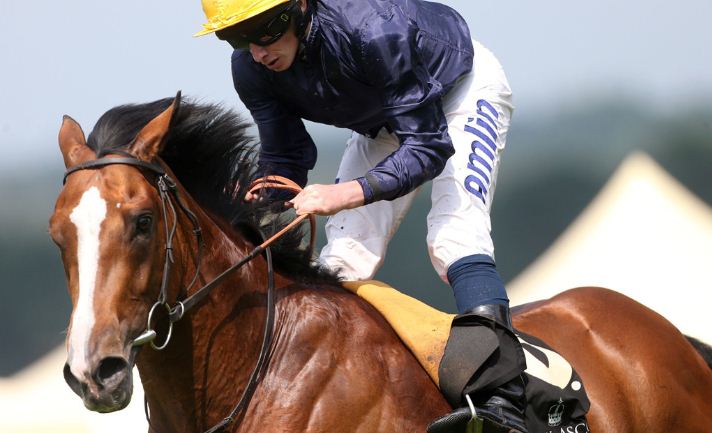 Hillstar has been added to the line-up for Saturday’s King George and Queen Elizabeth Stakes at Ascot after connections paid £75,000.

The improving King Edward VII Stakes winner was supplemented at Monday’s five-day declaration stage which means there could be a total of 11 runners in the mile-and-a-half contest.

Ryan Moore will ride Hillstar which means that William Buick is expected to replace him on German challenger Novellist.

A thrilling race looks to be on the cards as Irish Derby winner Trading Leather takes on Aidan O’Brien’s St Nicholas Abbey and Cirrus des Aigles.

Joseph O’Brien, who is set to take the ride of pre-race favourite St Nicholas Abbey for the third time in the race, says he is confident despite last year’s setback when he gave the horse too much to do.

“He seems in very good form, he seems to be working nicely and we’re looking forward to it,” the jockey revealed.

“The ground was quite slow last year and I got back a long way and the year before they went very slow and I probably didn’t have him the right place, so I think we probably have legitimate excuses. Hopefully I won’t get the blame again.

“I think he’s quite a straightforward horse, I don’t think what happens in the race is going to matter to me too much.”

The field will also include O’Brien’s other two runners Chamonix and Ernest Hemingway, while French raider Very Nice Name also makes the trip across the Channel.