Redknapp confirmed to stay with QPR even after relegation 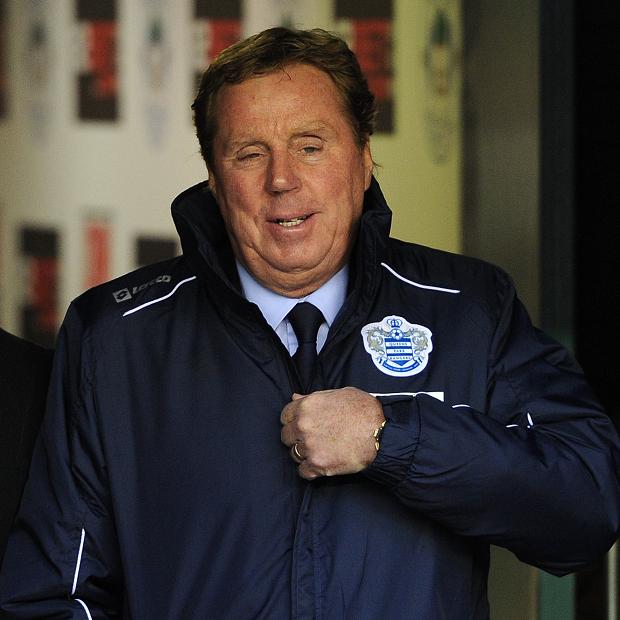 Harry Redknapp revealed he will not leave Queens Park Rangers despite being relegated from Premier League.

Their drop to the Championship was confirmed when they settled for a 0-0 draw against Reading, who joined them in the drop.

Talks have been circulating that Redknapp would eventually depart Loftus Road after only taking over in November.

However, after a meeting with QPR chairman Tony Fernandes on Monday, the Englishman claimed that he would be staying.

“I signed a contract here with the owner and everybody else, and they couldn’t be nicer people,” Redknapp told reporters. “It’s not entered my mind to leave.

“I concentrated on trying to keep the team in the division, but it’s not been possible and we’ve fallen a bit short.

“We’ll try again next year to get back in the Premier League which is where we want to be.”

Big signings Loic Remy and Chris Samba are also said to be looking for a move away from the club after being dropped to the Championship, and Redknapp claimed he will handle the manner with them.

“You’ve always got several players who are good enough to go and move on, and when you’ve got good players other clubs want to take them.

“There are other players that you want to get rid of who are difficult to shift because people don’t want them because they haven’t done very well.

“That’s football, it’s the same at every club in that situation and we’re no different.

When asked whether they plan to immediately bounce back, Redknapp made a realistic approach to the matter.

“It’s going to be tough,” he continued. “There are a lot of good teams in that league.

“There are some great clubs in there from top to bottom with great tradition. They are big clubs, great stadiums and they all want to be back in the Premier League.

“It won’t be easy, but that’s where we are next year and we’ve got to do our best to get out of it.”