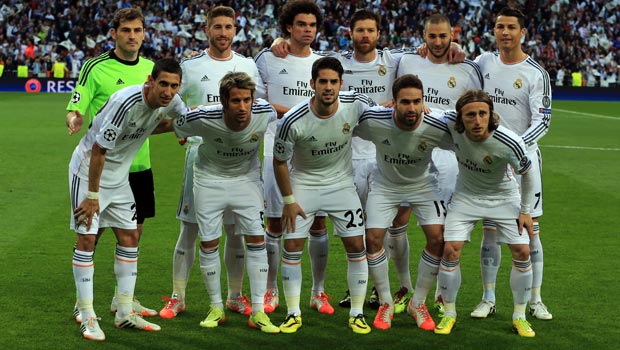 Real Madrid manager Carlo Ancelotti has revealed that Angel Di Maria and Sami Khedira will not be leaving the club this summer, despite plenty of interest in both players.

Khedira, who lifted the World Cup in Brazil with Germany, has been tracked by a host of top European sides, with Arsenal being tipped to sign him at one stage.

There were also reports in recent days that Real had slashed the price tag of the midfielder to £8million, a bargain buy for a player with so much experience and quality.

Di Maria was also expected to leave the Santiago Bernabéu this summer with Ligue 1 champions Paris Saint-Germain seemingly in the driving seat for a £60million deal.

The Argentina international was said to be keen on a move to France but, any hopes looks to have been extinguished after the recent comments by Ancelotti.

“Nothing has changed. They’re Real Madrid players. I just chose other players for the European Super Cup. Only [Khedira’s Germany colleague Toni] Kroos played from among those who arrived back on August 5,” he said.

“It’s done. We’re not looking to make any more signings.”

Madrid have already complete the signings of Toni Kroos, James Rodriguez and Keylor Navas this summer and the reigning Champions League holders are favourites at 1.85 to win the La Liga this season, with rivals Barcelona following closely at 2.10.

Atletico Madrid, who won the league last time out, are big outsiders at 14.00 to repeat the feat following the departures of top scorer Diego Costa and defender Filipe Luis to Chelsea.

The duo were hugely influential in helping Diego Simeone’s side lift the trophy and many believe they will find it hard to challenge at the top again.