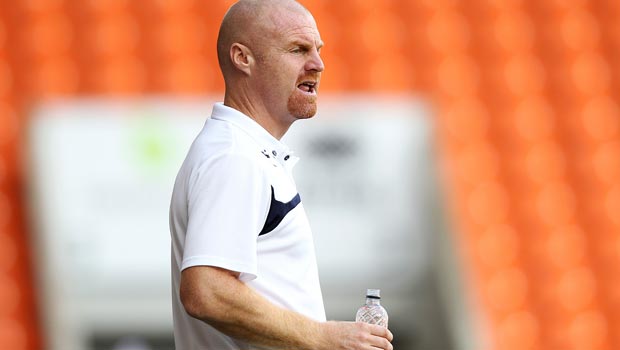 Burnley manager Sean Dyche is confident his side will put up a ‘massive fight’ when they take on Chelsea in their season-opener on Monday night.

The Clarets make their return to the Premier League after a four-year absence and they have arguably been handed the hardest possible start against Chelsea.

The Blues have added considerable quality to their squad this summer, with manager Jose Mourinho bringing in the likes of Filipe Luis, Cesc Fabregas and Diego Costa.

The latter is regarded by many as the potential deal of the transfer window due to Chelsea’s lack of form in the attacking department last season.

Fernando Torres, Demba Ba and Samuel Eto’o were poor for the Blues but, with the arrival of Costa, who scored 27 goals in La Liga for Atletico Madrid, Mourinho’s side are being tipped for the title by many.

Burnley have also been busy in the transfer market, having brought in Matthew Gilks, Matthew Taylor, Marvin Sordell, Steven Reid and Lucas Jutkiewicz as they look to build a squad capable of staying in the Premier League.

With the new arrivals, Dyche is feeling confident ahead of the new season and the manager is hoping his side can start with a bang by causing an upset on Monday.

“Never say never. Was it Cardiff who got three points off Manchester City early last season? I don’t think many would have been expecting that,” he said.

“There are no guarantees in any division in any season, let alone the Premier League, so we have to earn the right and fight hard to get what we can off anyone.”

Burnley are priced at 8.21 for the win whilst Chelsea are huge favourites to take the away victory at 1.39.